Right now, you might be asking, "The key?"  Yes.  The key to your choice of Catholic wedding songs is this:  Always consult the priest or music director/coordinator before proceeding.

And that statement is always my very first suggestion, because what is allowed and what is not allowed can vary among Catholic parishes, depending on the diocese involved. 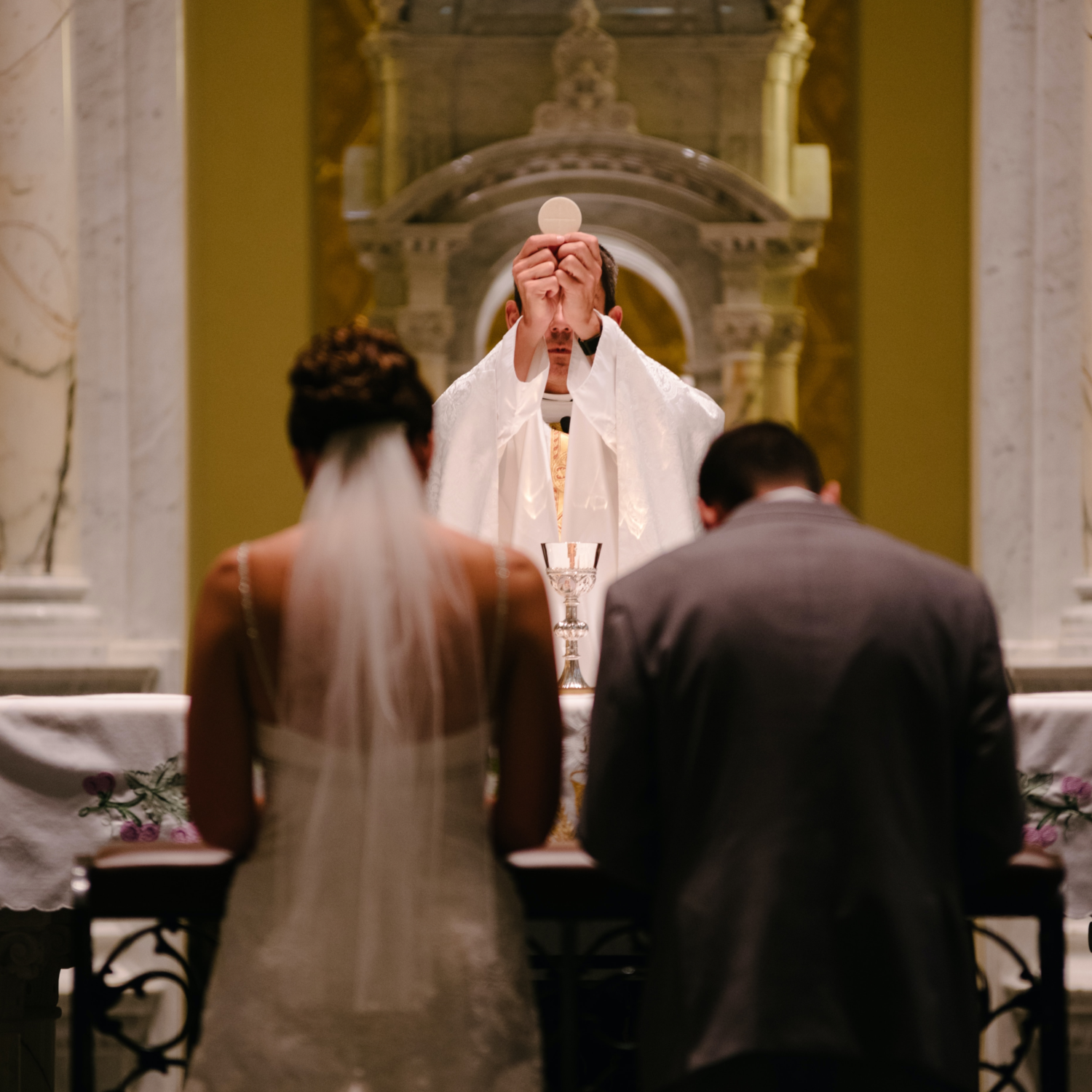 For example, some Catholic churches will only allow classical or sacred music. Others may allow secular music to be played during the prelude, but not once the wedding ceremony itself begins.

Still others allow digitally recorded music to be played, while some permit only live music.

So, to save yourself time and frustration, I cannot emphasize this enough: Check first!

Having said that, below is a list of songs that should be appropriate at most Catholic weddings----even though other denominations use some of them as well.

What follows are a few CDs that are collections of Catholic music, all of which contain some songs that are suitable for Catholic weddings:

Christian Wedding Songs offers more songs that may be used in Catholic weddings as well.